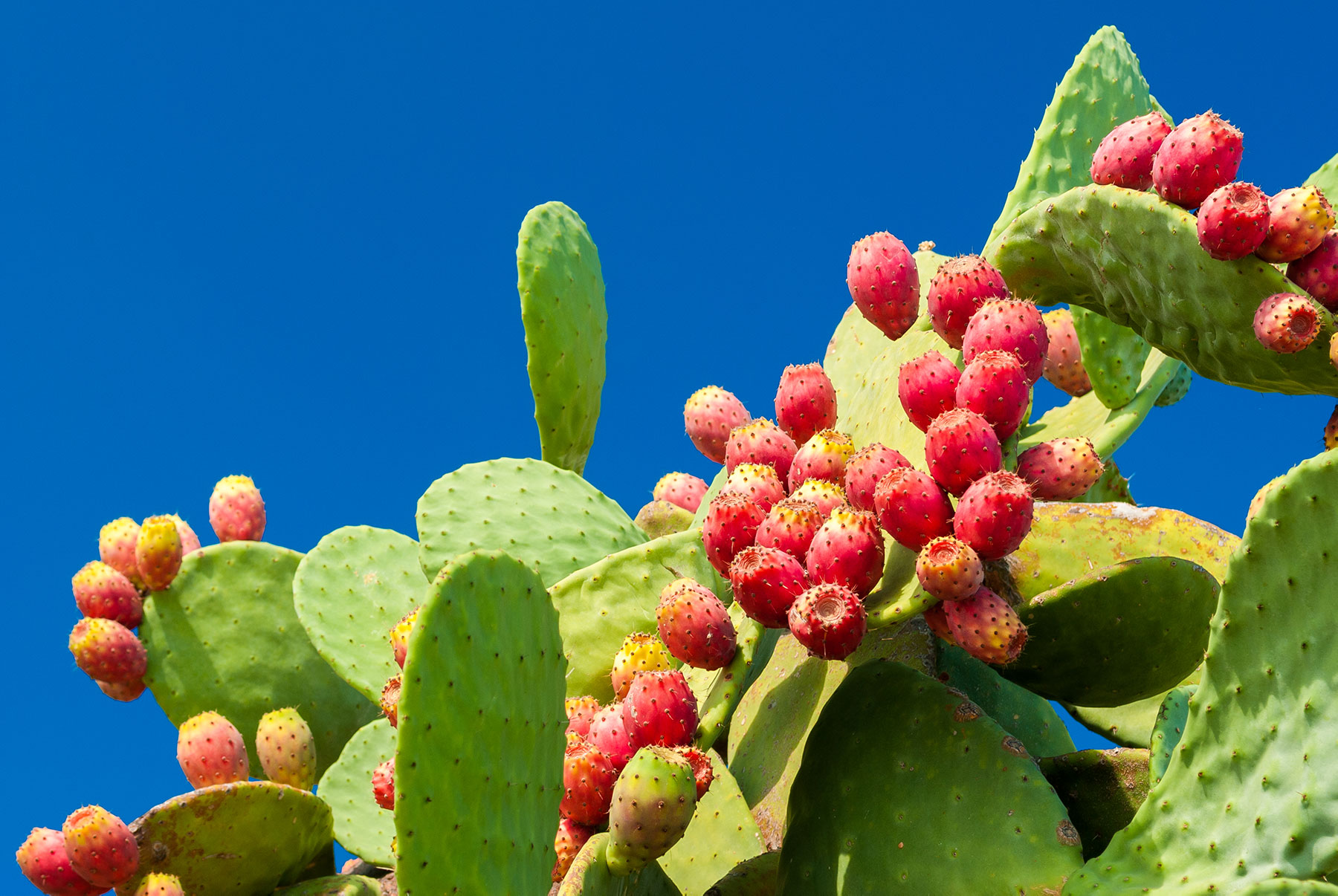 Traditionally, the Prickly Pear cactus is a symbol of identity for the Southwestern Americans and Mexicans. It’s also called Opuntia, cactus pear, or nopal cactus. Early archaeological data and historical observations show that American natives used Prickly Pear for food and medicine. They also crafted needles from the plant’s sharp spines, made containers, and obtained water from its succulent stems.

The name Prickly Pears comes from its sharp spines and fruits. Prickly because of its long, sharp spines, and pears from its fruits known—pears or tunas. Note that the evergreen segments are its stems, while the spines are its leaves—all purposed to adapt in harsh conditions.

According to FAO, the plant was also a handy source of beverages, dye, and used for religious practices. Later on, the US and Mexican governments adopted plantation planting after realizing the numerous plant’s medical benefits.

What Are the Uses of Prickly Pear Cactus?

Research by NCBI shows that Prickly Pear Cactus lowers blood sugar levels in the body. For that reason, medical scientists have taken this advantage to create supplements for different diseases like type 2 diabetes. Additionally, the plant lowers cholesterol levels to keep the body safe from heart attacks and strokes. These supplements can either be in the form of pills or powder form.

The pears (fruits) contain some fluid and seeds. A combination of the two extracts can be used to make juice or pulp using the liquid only. However, the juice alone is usually very pastry. To improve its zing, most people prefer adding margaritas or lemonade. Also, you can prepare jellies to minimize its tartness and still enjoy its xerophytic nature.

Prickly Pear Cactus extracts are used as ingredients of many drugs. Some of the diseases treated using these drugs include:

Note: Cholesterol has its benefits when kept within healthy levels. For instance, it helps in building cell membrane structures and hormones like estrogen and testosterone.

However, too high levels are equally (or more) detrimental to some organs like the liver and the heart. In the liver, too much cholesterol results in a condition known as Non-Alcoholic Fatty Liver Disease (NAFLD)—common among obese and overweight people. NAFLD also raises the chances of diabetes and stroke.

Eliminates toxicity in the liver

The liver is prone to infections such as collateral damage and systemic viral infections. Examples of such include hepatotropic viruses, which comprise the different types of hepatitis infections. That is hepatitis—A, B, C, and E.

Now, these conditions are quite deadly—so the best thing is to control them proactively. Research has it that Prickly Pear Cactus is very useful in antiviral treatment. Examples of such viral infections include Respiratory Syncytial Virus (RSV) and Herpes Simplex Virus (HSV).

It is an antioxidant

The liver is the main oxidation organ in the body. It oxidizes alcohol to acetaldehyde, a toxic metabolite that may impair some critical proteins such as DNA and enzymes. So that’s why you need the antioxidants to restore the balance between the oxidants and antioxidants levels, called oxidative stress.

Luckily, Prickly Pear Cactus has pigments that help in maintaining oxidative stress. They include;

Protection of the liver nervous system

Note that the liver does not have nerves. Instead, it uses the afferent and efferent neurons for sensation. However, these cells are prone to damage by toxic substances such as ingesting contaminated food or water.

Studies show that Prickly Pear Cactus has neuroprotective properties to improve the defense mechanisms of the liver. Therefore, drugs and supplements rich in these extracts help protect your cells against damage.

Binge drinking is always fun, especially when doing it with friends—until you have to wake up for work in the morning. Hangovers make you feel heavy loaded, feeble, and not ready for your daily tasks.

Several hours later, they realized that there was a 50% reduction in hangover symptoms. That is, they never experienced hangover dry mouth, nausea, and inflammation, but hangover shakes and headaches remained. Although it did not eliminate all the effects, at least there was a change that scientists can use to build upon.

When should you take Prickly Pear Cactus extracts for hangovers?

As of 2020, the only research that holds about the question is the one we have just discussed. So, it seems logical to conclude that taking it before may be more effective than during or after. By morning, the extracts have already dealt with some of the hangovers, and you are ready for work!

A quick answer is NO.

As we have mentioned earlier, we do not have a cure for hangovers yet. Prickly Pear Cactus only reduces the severity of hangovers so you can engage yourself in other activities with minimal struggle.

So the bottom line is—they are quite beneficial, though not 100 percent efficient. We recommend planning ahead with the combined effects of Prickly Pear and the other ingredients in Fewer Regrets to prevent a hangover and improve liver health.

This is a YES and NO question.

Scientifically, it is not yet established whether the ingredients cause any side effects—when used for medicine or as supplements.

However, when taken as food, prickly pear cactus fruits are seen to cause a couple of side effects. That includes headaches, bloating, diarrhea, and stomach complications.

If you have diabetes, do not go for any drug or supplement unless your professional physician says so. Also, after undergoing surgery, you may need to avoid these extracts.

Also, there is no research to ascertain Prickly Pear Cactus extracts’ effects on pregnant and lactating mothers or children.

Therefore, everything centers around what your doctor recommends.