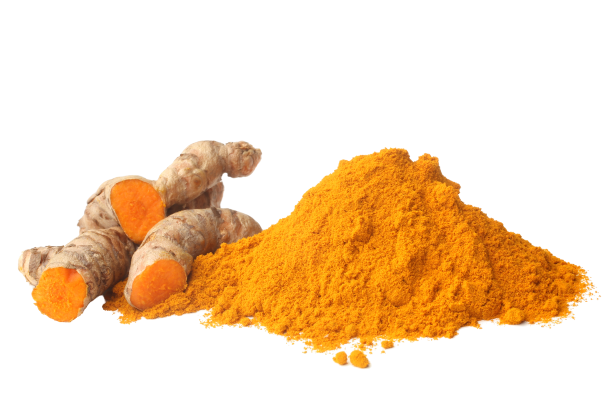 Turmeric is a plant-based supplement from the ginger family. Native to Southeast Asia, it’s grown largely for its medicinal properties. The Rhizome, or underground stem, of the turmeric plant, has been used for centuries to aid in liver detox, digestion issues, skin disorders, upper respiratory problems, and joint health. Traditional Chinese Medicine (TCM) uses turmeric extract to treat arthritis, allergies, liver disease, and more, and has for many years. The healing properties of turmeric and turmeric extract are well-known and documented, and more research is being funded every day to increase our knowledge of everything this miracle plant can do. But here’s what we know so far.

Why Do We Use Turmeric Extract?

Turmeric extract is so popular, in part, because it’s a suitable supplement for everyone. It’s vegan-, paleo-, and vegetarian-approved, meaning it won’t compromise your diet regimen. Turmeric is natural and plant-based, which makes it safe to use and free from harsh chemicals or additives. You can use turmeric in conjunction with some prescription drugs, as long as you discuss it with your doctor first. Lastly, turmeric is an affordable treatment for numerous disorders and is especially useful as a hangover remedy. Turmeric is beneficial in treating many medical issues, including:

It’s the curcumin in turmeric that’s the most beneficial. Curcumin is a bioactive compound that reduces inflammation. It’s also an anti-bacterial and an antioxidant, meaning it fights the free radicals that contribute to chronic diseases such as cancer. Many people rely on turmeric to help them avoid painful hangovers after a night of drinking.

How Does Turmeric Aid in Liver Detox?

Your liver is an important organ because it filters toxins from the blood and turns them into waste. which is then eliminated. To feel good and remain in sound health, you need a strong, healthy liver. Turmeric has proven beneficial in helping to detox the liver, meaning it boosts the production of bile. This, in turn, helps to flush away any toxins that are left to linger, including alcohol. This is why so many people rely on turmeric extract to help reduce or eliminate the uncomfortable symptoms of hangovers.

Why Does Turmeric Relieve Symptoms of Hangover?

When you have a hangover, it means your body is suffering from a group of symptoms caused by excessive alcohol consumption. For most people, these include:

Alcohol contributes to these symptoms in several ways. It can dehydrate you because it increases the need to urinate and it also wreaks havoc with your blood sugar levels. It expands your blood vessels, too, which is why headaches happen. If you use turmeric before or during the time you’re drinking alcohol, it works to actively remove the alcohol from your body more quickly. Less alcohol left behind means fewer hangover symptoms the next day. Turmeric extract is an easy, all-natural way to ease the unpleasant symptoms of hangover without the need for harsh painkillers or antidepressants.

Is Turmeric Extract Safe to Use?

Practitioners of Ayurvedic medicine have used Turmeric extract for thousands of years. Ayurvedic medicine is a type of East-Indian healthcare that relies upon natural products such as plants to help treat and heal the body. It’s a safe and natural alternative to Western medicine that often promotes the use of prescription drugs with addictive properties.

You won’t become addicted to turmeric because it doesn’t interfere with your brain chemistry. Instead, it works on areas such as your liver, respiratory system, and circulatory system. Turmeric is readily available today as a dietary supplement. Research indicates Turmeric is generally a safe supplement. You should also talk with your doctor before taking turmeric, especially if you’re already taking prescription medications such as blood thinners, insulin, antacids, or antihistamines. Some drugs interact with turmeric, even though it’s an all-natural, plant-based supplement.

For the most part, however, turmeric is safe to use as a dietary supplement in the prevention of hangover symptoms. Not only does it help eliminate the alcohol from your body more efficiently, but it’s beneficial in many other ways, as well. Taking turmeric regularly only promotes better health, which is why many people use this supplement as part of their daily healthcare regimen. Turmeric helps you avoid chronic disease and minimizes the pain and swelling of arthritis, too. So, if you’re looking for a safe, reliable alternative to aspirin or acetaminophen for day-after symptoms of drinking, turmeric is a great choice.

Don’t forget to read about the other ingredients in Fewer Regrets.