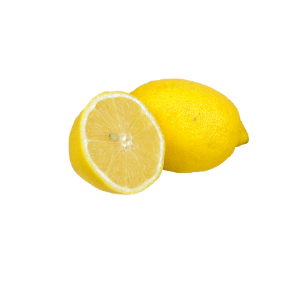 The supplement N-Acetyl-Cysteine (N.A.C.) derives from the amino acid cysteine. N.A.C. bonds with glycine and glutamine, which are also amino acids, to create an antioxidant known as glutathione. The glutathione antioxidant helps to balance the immune system and regulate several cellular activities in the human body. Another one of the roles of glutathione is to neutralize free radicals that can cause significant damage to tissues and cells at a molecular level. N.A.C. has been available as a supplement and primary medication since 1968.

N.A.C. can be useful to treat a wide range of health conditions. Emergency room doctors sometimes give N.A.C. to patients who have consumed too much acetaminophen (Tylenol). Other health conditions that have proven to respond favorably to N.A.C. include:

Taken as a daily supplement, N.A.C. can also support liver health and help to undo the damage caused by occasional heavy drinking.

Many health conditions involving the liver are due to oxidative stress caused by free radicals. Taking N.A.C. allows people to maintain the proper level of glutathione in their liver cells. Some of the specific liver conditions that N.A.C. can help to improve include non-alcoholic fatty liver disease and Hepatitis C. People concerned about the effect of alcohol on their liver sometimes take an N.A.C. supplement prior to drinking.

The reason emergency room doctors use N.A.C. for patients who may have overdosed on Tylenol is that excessive amounts of this product can cause severe liver damage. Some doctors have even stated that N.A.C. is the most effective treatment method available to them when treating a patient who has intentionally or accidentally consumed too much Tylenol.

People who already have liver damage may be able to reverse their condition with N.A.C. The supplement helps to boost the immune system, which in turn improves liver health and prevents people from becoming seriously ill with common contagious diseases. Anyone can benefit from improved immunity, whether they have known liver issues or not.

When people drink alcohol, it metabolizes in their body and produces free radicals. The liver then produces antioxidants such as glutathione to attempt to neutralize the free radicals before they cause long-lasting damage. N.A.C. also contains antioxidants, as does foods rich in Vitamin E and Vitamin C.

Drinking large amounts of alcohol causes stress on the liver due to the increased production of free radicals. N.A.C. helps to alleviate this stress by producing increased amounts of glutathione to counteract damage to the liver caused by free radicals. Drinking water to stay hydrated while consuming alcoholic beverages can also help to decrease the effects of a hangover. N.A.C. does not prevent the more obvious external signs of a hangover such as a headache, nausea, and vomiting, but it can help those symptoms pass more quickly and/or be less intense.

It is important for people not to make a habit of drinking alcohol excessively and then relying on N.A.C. to avoid liver damage. While the supplement provides benefit and can help to prevent immediate damage to the liver, long-term or heavy use of alcohol can eventually cause extensive liver damage leading to disease.

N.A.C. is safe for most adults and children to take. Like all drugs and supplements, it may have side effects and people with certain medical conditions should not take it. The most common side effects include diarrhea, constipation, nausea, and vomiting. Not everyone will develop these side effects, and those who do typically don�t have them all. Side effects usually disappear within a few days to weeks as the body adjusts to the new supplement. Rare but potentially serious side effects include:

Anyone experiencing these symptoms should stop taking the N.A.C. supplement and speak to their healthcare provider about an alternative. People with asthma, an allergy to cysteine, a bleeding disorder, or who have recently had surgery should not take N.A.C. Additionally, combining N.A.C. with medications containing nitroglycerin can cause an unsafe drug interaction. The typical dose of N.A.C. is 600 to 1,200 milligrams, depending on the reason for taking it.